The Worshipful Company of Glass Sellers ranks 71st in precedence amongst the City’s Livery Companies and received its incorporated Charter in 1664. This, together with an earlier Charter dated 1635 which was not incorporated by the Alderman’s Court, for reasons which are now obscure, are both still held by the Company. The 1630’s were troubled times and problems in the glass trade periodically collided with a background of political unrest. 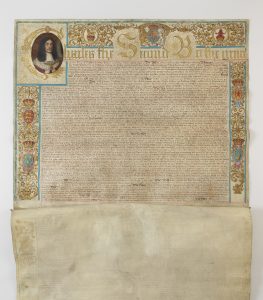 Within the City of London there already were Livery Companies controlling the manufacture and quality of Glazing for windows and Spectacle manufacture and the new Glass Sellers Company was therefore established to cover all other parts of the glass trade. It was to be responsible not only for the production of drinking vessels and tableware but also the manufacture of looking – glasses and glass vials such as those then used in the making of hour glasses.

The main task of the new Company, all of whose members were previously members of other London Companies, was dominated by retailers often those working with china which was then imported from China in large scale lots for sale to retailers at auction.

The development of this aspect of the Company’s history is detailed in the Monograph “Glass Sellers and Chinamen – The Court in 1790” by Past Master Simon T Gray.

Main tasks for the new Company included countering the large numbers of petty chapmen or street sellers in London and elsewhere who were believed to be debasing the trade in glass by selling shabby goods from unknown sources. 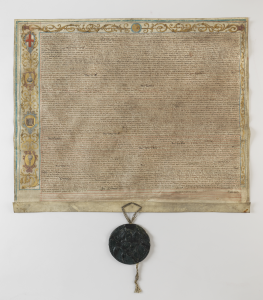 The Company also for quality reasons took control of the manufacturing processes in making looking – glasses and hour – glasses.

From a modern perspective this can look like simple trade protection against competition but it should be remembered that glass was very difficult to make consistently at this time. Nowadays, it can be seen that the problems were mainly associated with contaminated raw materials or manufacturing vessels and poor control of the very high temperatures needed but these matters were not then adequately defined.

The Glass Sellers Company can claim from the earliest times to have had a good reputation for putting its money into improvements in manufacturing, for example in assisting George Ravenscroft and his development of “English Crystal” which finally proved that glass did not have to come from Murano in Venice to be of high quality.