RENAISSANCE MAN ON A MISSION 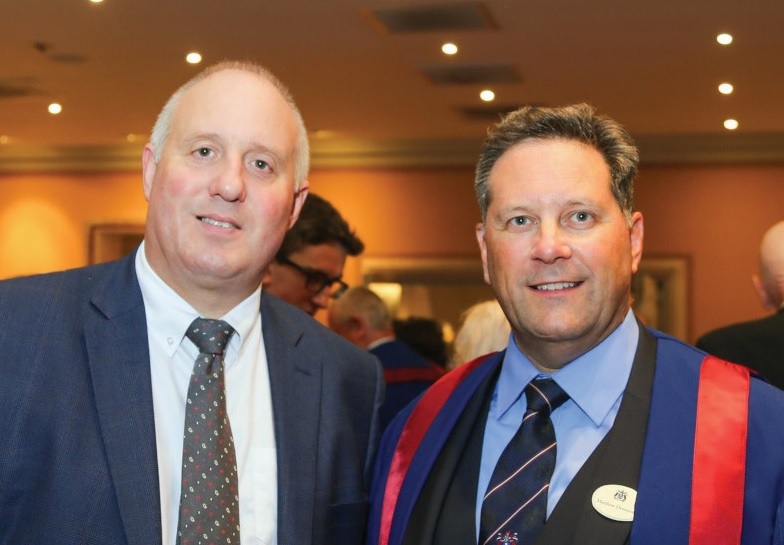 After obtaining a degree in chemical engineering, Matthew Demmon got his first job in glass at Rockware Glass in Knottingley in 1988 (now part of the Ardagh Group). Two years as a Graduate Trainee on a project to build a new batch plant and furnace led to promotion to Furnace Engineer before he moved on to Rockware’s Irvine plant as Batch and Furnace Manager. “I’ve been a batch and furnace man ever since!” declares Mr Demmon.

In 1996 he went to work for Dema Glass, initially as Batch and Furnace Manager before progressing to a group role overseeing activities at the Chesterfield plant that made drinking glasses.

In 2000 he joined Guardian Glass, where, as Hot End Superintendent, he had “a lot of influence” on the design of the furnace at the new flat glass factory in Goole. “When I drive past the plant now, I still think of it as ‘my furnace’” confides Mr Demmon.

The next challenge was to work for Quinn Glass (now Encirc) in 2005 as Batch and Furnace Manager at its new factory in Cheshire. “In my short time there I got to oversee the construction of the second furnace which was very similar to Guardian’s in Goole, tweaked for container glass instead of flat glass of course” recounts Mr Demmon.

In 2006 he joined UK glass recycling company Recresco as Area Manager, working on building and operating a new recycling plant and three years later took this know-how to Viridor where “we had the chance to build a new factory in Sheffield that focused purely on recycling glass” says Mr Demmon. His first commercial role, as Viridor’s Trading Sales Manager (Glass), eventually led Mr Demmon to set up his own company, MKD32 Ltd in 2013, where he is Managing Director.

A UK-based glass merchant and consultancy, MKD32 works with Scottish manufacturers to procure waste glass, predominantly containers, for export to European glass recyclers. “I now have five sites in Scotland where we store glass” elaborates Mr Demmon. “We have the Rosyth Dock which goes to the Netherlands, Leith, Ayr and Clydebank which go to Portugal and we have space in Glasgow where we take glass from pubs, clubs and restaurants. We also do a little of flat glass, but flat glass recycling needs to evolve and it’s a difficult one – we need to follow examples like recycling for electrical equipment where we pay upfront for recycling when we buy something, it goes into the system and gets recycled properly.”