A picture was recently posted on the Company’s website inviting entries for a competition writes Past Master and previous Honorary Clerk, Brian Rawles

The seated people in the picture are Liveryman Ron Gerard and his wife Pat, both of whom were philanthropists and their largess embraced a quite extraordinary range of good causes. But now, as some 19 years have passed, it seemed to me appropriate to tell a story of Ron’s generosity as a Glass Seller – which involved me as Honorary Clerk. 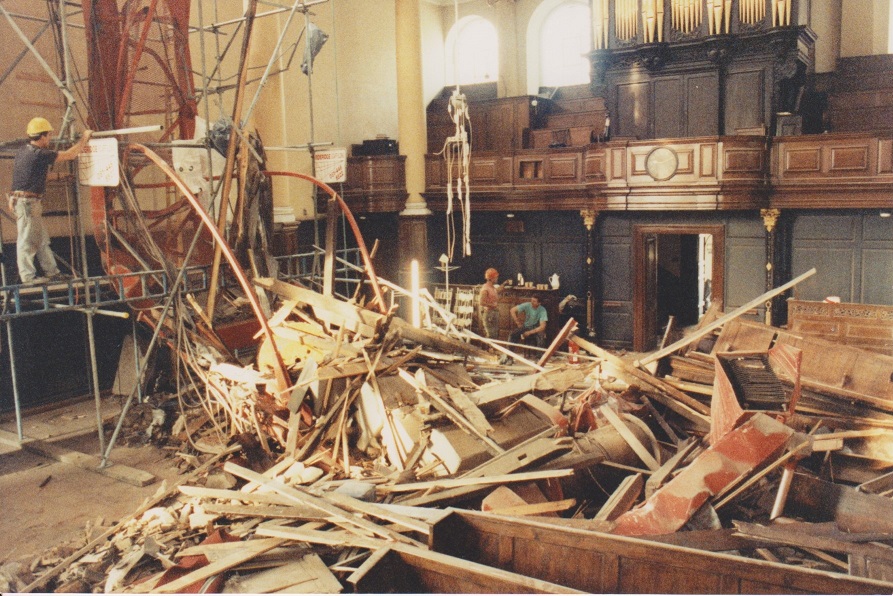 At 7-30 in the morning on the 20th September 1991 a tower crane collapsed and crashed through the roof of our Guild Church, St James Garlickhythe, causing an estimated £2M worth of damage. The crane driver, William (Joe) McGrath, aged 54, jumped from his cab moments before the crane hit the church and suffered severe injuries. Somehow, it came to Ron’s notice that Mr. McGrath was unable to work, had received no compensation and was in financial difficulties apparently due to their being a wrangle over who was responsible for the accident. 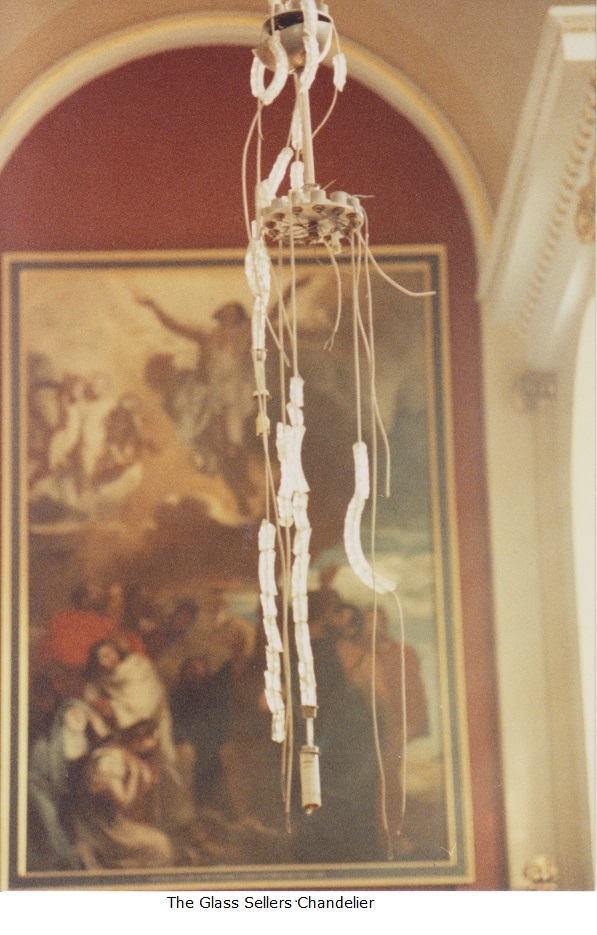 I received a call from Ron asking about this and after making enquiries, I reported back that this seemed to be true, and that Joe had a wife, Katie, and two children, Christina, seven and Matthew ten. Ron asked me to arrange a meeting at their home in West Norwood which I did. We found Joe in a wheelchair and wearing a neck brace. Ron first enquired about his condition and was told that the NHS had done all they could, but he would forthwith be confined to the wheel chair. Ron immediately offered to have second opinions from top specialists and I clearly remember him saying “Any treatment, anywhere and I will fund it”. Well, further opinions were obtained but, sadly, all only confirmed the worst. But at the meeting, matters turned to Joe’s financial affairs. I was closely involved, but will confine myself to saying simply that for nearly two years Ron was very generous and they had no further money worries.

The then Master, Paul Northam, raised the matter in the Court and it was decided that we should ‘take the family under our wing’, and they were invited to our services and lunches after our then two Sunday services – which, due to the damaged to our church – were being held in St Michael Paternoster Royal just along from St James Garlickhythe, and that a car should be sent to bring the family and take them home. In quite typical Glass Sellers manner, the family were made very welcome – the two children in particular. And there is no doubt that they found the Company a great support to them. At some point we suggested to Joe, albeit cautiously in view of his injuries, that he might like us to nominate him for the Freedom of the City to which, enthusiastically supported by his family, he agreed and he was later duly admitted as a Freeman and Citizen of London. 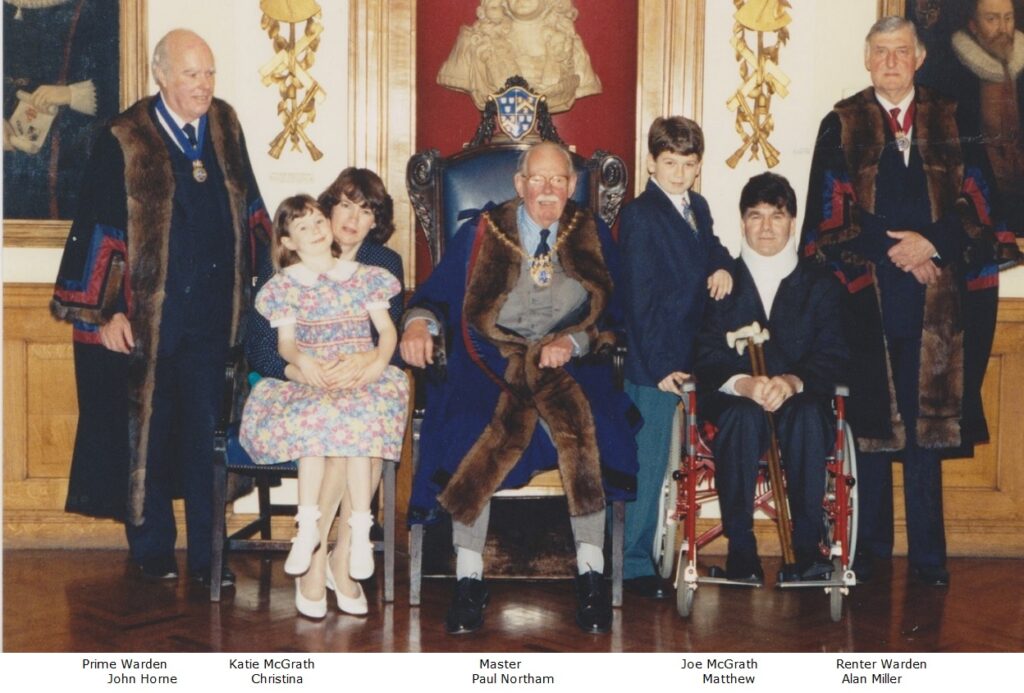 During all this time, as Clerk, I became close to the family (and any Clerk will tell you that they get involved in many matters other than mere administration) and I clearly recall Katie telling me – tearfully – that “The Glass Sellers had been a shining light in their lives”. There were other happy times too. I discovered the date of Katie’s birthday and my wife – also Katie – found out that she had always wanted to go to Fortnum and Mason’s for tea. As I said, by now, we had become friendly with the family in a personal way and Katie and I took them all for tea at F&M. You should have seen the children’s eyes widening as they saw the cake selection! 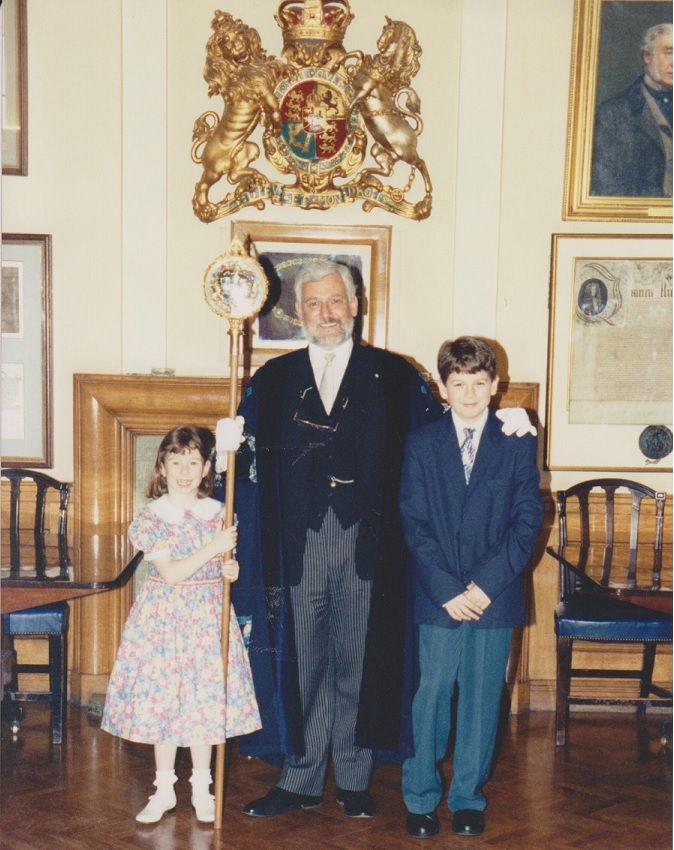 But then something strange happened. My periodic telephone calls went unanswered. I wrote and had no reply. Eventually I went to their home to find it empty. At that time, we had a police Inspector in the Livery, and some very unofficial enquiries were made which yielded only two things – that Joe had died and that the family had moved.

The Master and I thought carefully about what to do, and decided that if Katie McGrath wanted to contact us, she would. But we never heard another thing. But I like to think that Liveryman Ron Gerard and the Glass Sellers made a great difference to their lives at a very difficult time.

Some years ago, Ron told me that he was finding coming to London for Company events steadily more difficult due to his age and that the time had come for him to retire from the Company. By then, he was not just a brother Liveryman, but he and Pat had become very dear friends and we did a lot together away from the Company. Five years ago Ron passed away and Katie and I still miss him so much. But we are very close to Pat, who is now in her nineties.

ENVOI: Our livery gowns were in a terrible state and very dirty. They had real fur, which was coming apart and looked dreadful. In 1999, Ron, having worn one in church telephoned me. He said that he would fund their restoration. He then arranged for Thelma Browning (wife of Liveryman William Browning) who owns one of the largest theatrical costumier firms in the country and in the picture, is standing between Ron and Pat, to renovate them. All 24 of them came back cleaned, repaired and with their new faux fur facings, looked like new. So, brother and sister Liverymen, when you next wear one, just spare a thought and give thanks for a wonderful past Liveryman of this Company. The incomparable Ron Gerard. 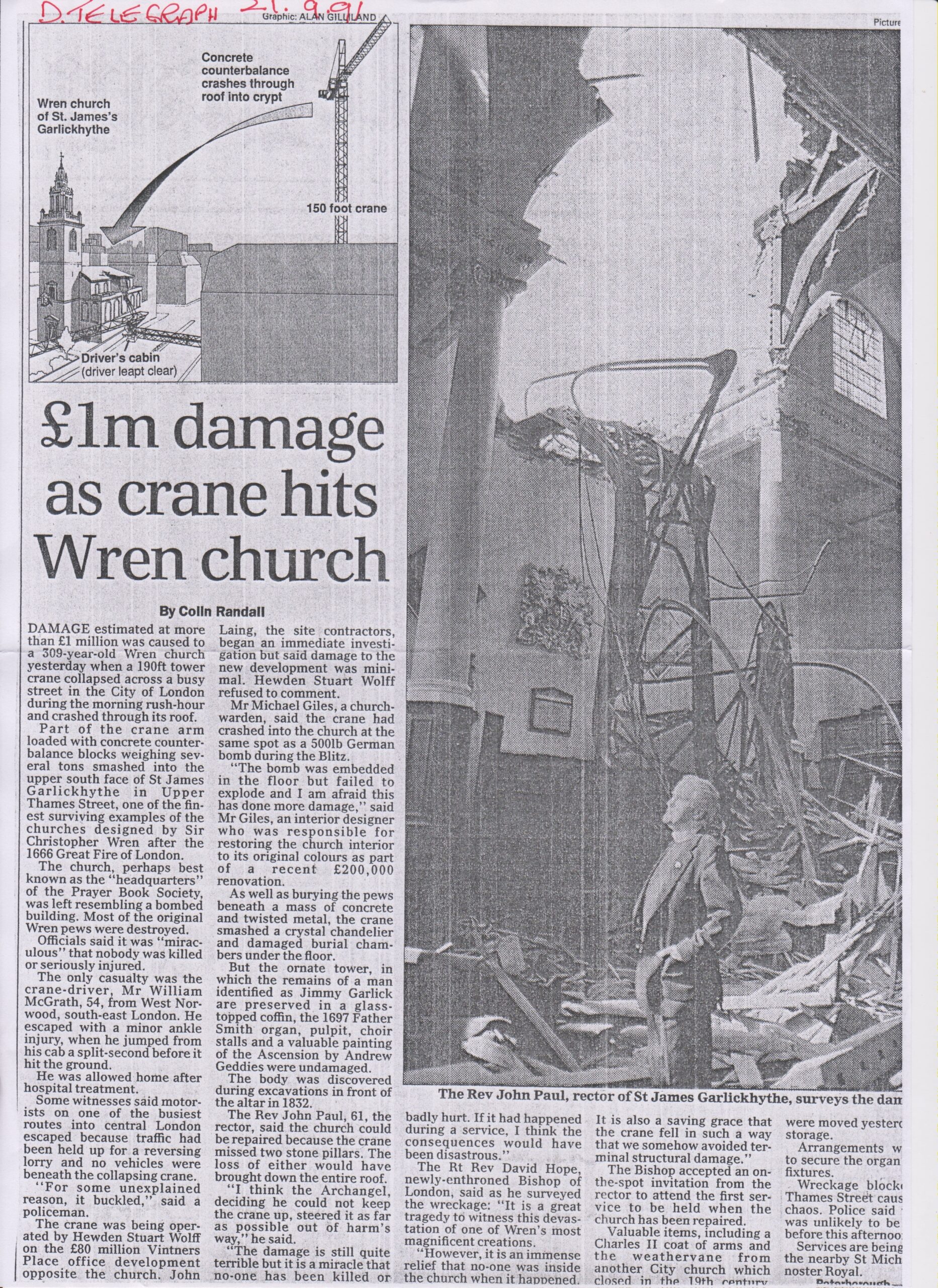 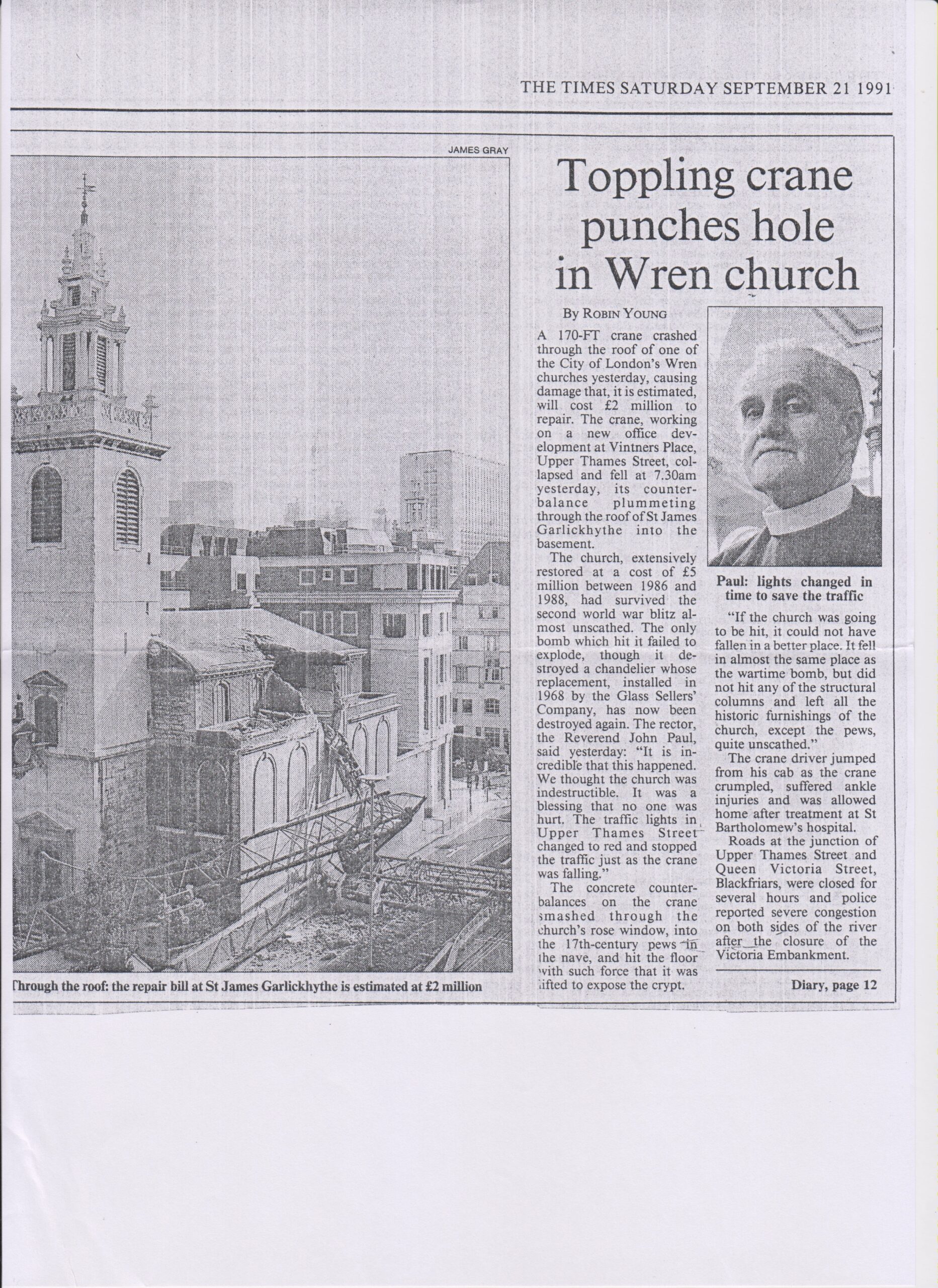