The Master, Wardens and Court of Assistants look forward to welcoming you and your guests to the 2019 Ravenscroft Lecture at Middle Temple Hall

How medicine, science and art can illuminate one another’s practices

This lecture explores the practical expertise which underpins medicine, science and the visual and performing arts. The crucial importance of this expertise is often overlooked, especially at a time when opportunities to make and to perform are being removed from the school curriculum. Roger Kneebone uses examples from his work with craftsmen and performers in many fields to show how knowledge and insights can be shared across traditional domain boundaries. Roger draws on his collaborations with experts in glass (a leading glass engraver and a scientific glassblower) and other fields to show how professionals in apparently unrelated areas can learn from one another and enrich the practice of both. Roger concludes his lecture by outlining how medical students and surgeons can benefit by learning from makers, designers and performers – and vice versa. 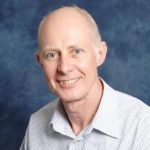 Roger is a clinician and educationalist who leads the Centre for Engagement and Simulation Science at Imperial College London and the Royal College of Music–Imperial Centre for Performance Science. His multidisciplinary research into contextualised simulation and embodied knowledge builds on his personal experience as a surgeon and a general practitioner and his interest in domains of expertise beyond medicine. Roger has built an unorthodox and creative team of clinicians, computer scientists, design engineers, social scientists, historians, artists, craftsmen and performers.

Roger has an international profile as an academic and innovator. He is a Wellcome Trust Engagement Fellow and in 2011 became a National Teaching Fellow. He is passionate about engagement, which he sees as a translational resource bridging the worlds of clinical practice, biomedical science, patients and society. He is fascinated by the embodied knowledge that underpins science, medicine and the visual and performing arts.

In addition to his work with Imperial scientists and clinicians, Roger collaborates with the Victoria & Albert Museum, Science Museum, Natural History Museum and the Royal College of Art. In 2017 he became the first Honorary Fellow of the City and Guilds of London Art School and is a full member of the Art Workers Guild. He is the 2018 Gresham College Visiting Professor of Medical Education. In 2019 he will become the fourteenth Royal Academy of Arts Professor of Anatomy.

ABOUT THE MIDDLE TEMPLE