Following their visit to our March Dinner, the Master led a party to RAF Leeming on 6th September, to cement the relationship.

The party comprised the Master, John Poulten, the Prime Warden, Leigh Baildham, Past Master Richard Lawman who is our Affiliates Liaison officer, Liveryman John Benson and the Hon.Clerk.

The preparation was going ahead smoothly when John Benson asked if he could fly his plane in. “No problem” came the reply.

Over the previous months Corporal Leanne Taylor had brokered a Glass in Society grant, from our Charity, to Polam Hall School. This  is the first school in the North to receive a Glass in Society Award, which, by now, reaches out to more than 15,000 children. The decision was taken to present the cheque in person and RAF Leeming were very happy to see the presentation at the base, given the RAF’s involvement in the first place. 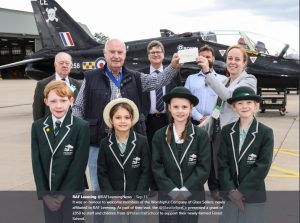 So, last-minute arrangements were made for 4 children and their teacher to arrive and join us for a truly magical tour of the base. The children were shown everything from the fire engines to the control tower, via the hangars, where 100 Squadron’s Gnat aircraft are maintained. 100 Squadron is an Aggressor Squadron designed to be the ” enemy” when practicing aerial combat.The children  were very enthusiastic, as were we. 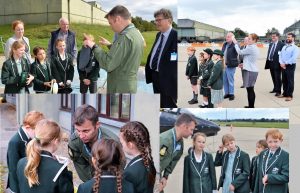 A quick trip to our rooms to change and then back to the Officers Mess, for the Battle of Britain Dining in Night. The enthusiasm of the welcome from the Officers to their Guests was there for all to see. First came the fly past, with a Spitfire and two Gnats. This was followed by an excellent Dinner and two impressive speeches. The first was by the official historian of the Battle of Britain Memorial Flight and the second by a 97 year old former Observer, who flew in Lancasters in World War 2: His speech was delivered with grace and obvious emotion. He was part of the mass bombing of Bremen. Many years after the war he composed a poem addressed to his Grandson reflecting on his actions at the time and his reaction subsequently. Very inspiring to all who had the fortune to hear it.

Officers and Guests withdrew to the Bar at midnight and the rest is, somehow, lost !….

Group Captain David Arthurton is moving on shortly. He will ensure his successor knows of our association with RAF Leeming. Wing Commander Andy Coe will still be there and plans to bring down a bigger contingent next March. Not only will he be bring members of 100 Squadron but also Officers and men from 90 RSU, the signals specialists who have a large contingent at Leeming working with high end telecoms / glass fibre etc. which should be of particular interest to several of our members.

All in all , an excellent start to our long term relationship. Congratulations to Leigh Baildham and all in the Charity team, for establishing a strong foothold in the north of the Country, with Polam Hall school. 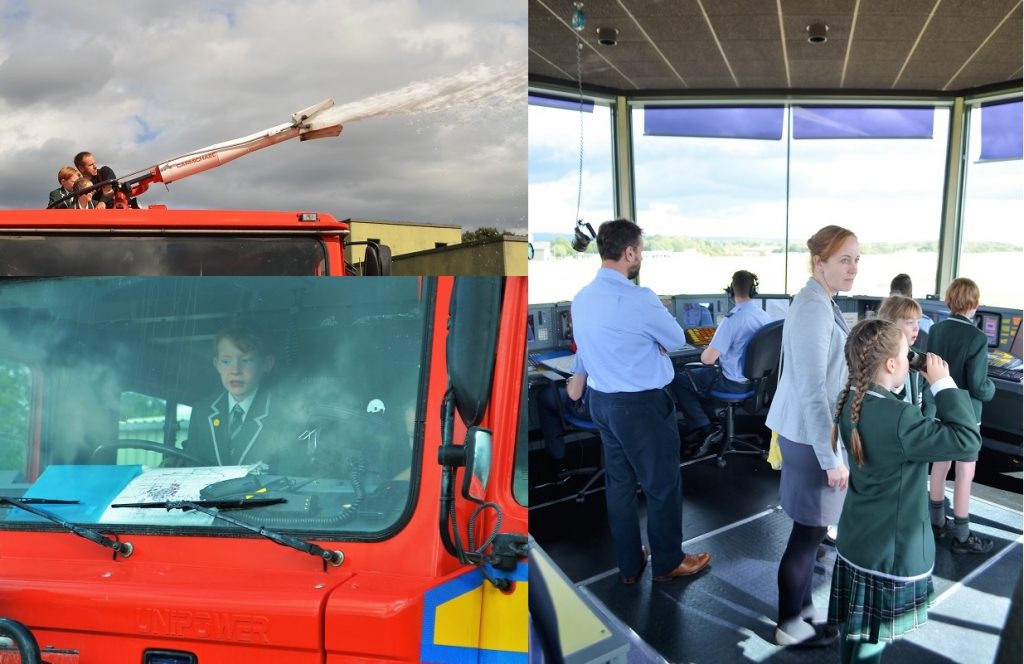