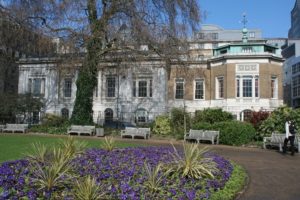 Despite disruption caused by the Corona virus, an impressive number of Liverymen were able to be at the Court and Livery Dinner of the Worshipful Company of Glass Sellers of London on 10th March, alongside senior representatives from the glass manufacturing sector, glass artisans, distinguished guests and a wide spectrum of industry personalities. 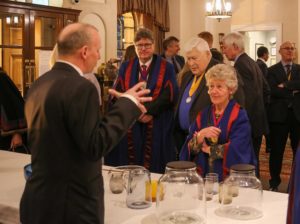 With the dinner staged at Trinity House a first time visit of the Company, attendees entering the auspicious surroundings were greeted by an impressive display of art glass on show by Beth Gates and Michael Ruh, who following the grand drinks reception and a sumptuous dinner were welcomed alongside other guests in a warm address by Liveryman Linda Raven. 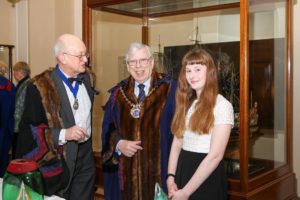 Master of the Worshipful Company of Glovers, Roger De Courcey, and Clerk, Lieutenant Colonel Mark Butler, were introduced and the longstanding friendship of the two Livery Companies was emphasised by the mutual support of the HMS Artful, an astute-class submarine. 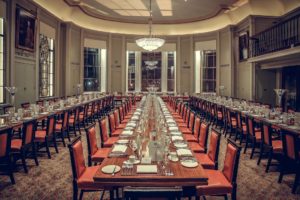 Linda also surprised many in the room by detailing how Roger had enjoyed successful careers in the stock exchange and in opera singing before achieving great acclaim as a ventriloquist. Roger is of course best known for his work ‘alongside’ Nookie Bear, who is reportedly now in happy retirement and enjoying his beloved Crystal Palace Football Club’s impressive status in the Premier League (as are many of us other devotees to the Eagles…).

Lucie Skeaping, a singer, instrumentalist and broadcaster dedicated to early English music, and Daniel Snowman guests of the Father of the Company Michael and Jenny Nathan, were also warmly welcomed, before a lively address from Murray Craig, a well-known and friendly face to many Glass Sellers whose Freedom of the City of London ceremonies were overseen by Murray in his role as Clerk to the Chamberlain’s Court over the last 23 years. Anecdotes from ceremonies covered the likes of Morgan Freeman, Luciano Pavarotti, Yehudi Menuhin, Rupert Murdoch, the Archbishop of Canterbury, His Royal and Imperial Highness Crown Prince Otto von Habsburg, Annie Lennox, Sir Terry Wogan and Michael Vaughan.

Murray handed over to the Master Glass Seller, Richard Katz, whose address included an introduction to two distinguished guests that are integral to the plans of Glass Futures, the proposed global centre of excellence in R&D, training and innovation in the UK.

With an international glass industry association of 57 years, Stuart Hakes was welcomed as the President of the Society of Glass Technology, which has existed for more than a century to serve people who are interested in the production, properties or uses of glasses. Stuart is also the Chief Executive of FIC (UK) Ltd, a leader in the design and manufacture of electric glass melting systems, and recently joined the advisory board of Glass Futures. 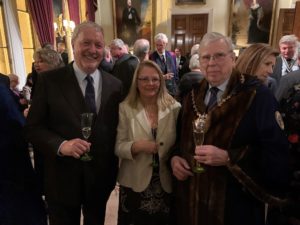 “Stuart Hakes is one of the world’s leading experts on melting glass electronically, and the advisory board of Glass Futures is benefitting greatly from his knowhow” commented the Master, a Director of Glass Futures in addition to his role with the Glass Sellers.

Emphasising the strong links between Glass Sellers and Glass Futures, the Master continued: “Glass Sellers was one of the founding partners of Glass Futures and the aim is to help the glass manufacturing industry understand that they can no longer continue to make glass in traditional ways. With Liveryman and Master’s Assistant, Maria Chanmugam also on the Glass Futures advisory board, Glass Sellers is very involved and as a Livery Company is at the forefront of addressing climate change problems”.

With the UK Department for Business, Energy and Industrial Strategy (BEIS) having last month placed a £7.1 million Industrial Fuel Switching Procurement Contract with Glass Futures to provide in-depth investigations of sustainable alternative fuel sources and innovative scenarios to decarbonise the glass manufacturing process in line with ‘net zero’ targets, the Master then welcomed Philip Cohen, Principal Engineer at BEIS. “Philip and BEIS are fundamentally assisting Glass Futures in achieving our objectives” he acknowledged.

The Master reported positive progress on the proposed House of Lords Reception and Lunch, aimed at encouraging captains of the global glass industry and government to further recognise the objectives of the Glass Sellers Company and Glass Futures. With a confirmed date of 15th July, Lord David Prior will host the lunch and tour around the Palace of Westminster.

With two new Liverymen, Matthew Tottle and Trevor Jones, being introduced on the night, the Master challenged all Liverymen to recommend at least one new member to the Company in the coming months. He also commended the recent efforts of Honorary Liveryman, Philip Feather, Liveryman Samantha Pollock-Hill and the Clerk, Paul Wenham, for their sterling efforts in recently refurbishing the Master’s Chair stored at Stationers’ Hall. Special thanks were offered to David Cosh, who very capably stood in for Anthony (Tony) Parker as Beadle for the evening at short notice due to an unexpected family emergency.

The Ceremony of the Loving Cup did not take place on this occasion with the Corona virus in mind. The demonstration of fellowship and camaraderie was observed with a liqueur chocolate. The Master expressed hope that his ‘Jolly’ in Bruges would still go ahead as planned in May, despite the current uncertainty. He then proposed the customary toast to ‘GLASS’ drawing the grand proceedings to a close. Attendees were already looking forward to the Evensong Court and Livery Dinner that will take place on 9th June at St James Garlickhythe and Vintners Hall.

To keep up to date with the activities of Glass Futures, Glass Sellers and all the global developments in the world of glass, don’t forget to request your free subscription to Glass Worldwide (official journal of the Worshipful Company of Glass Sellers of London and the preferred media partner of Glass Futures) by emailing me at davefordham@glassworldwide.co.uk.

By Dave Fordham, liveryman and publisher of Glass Worldwide. 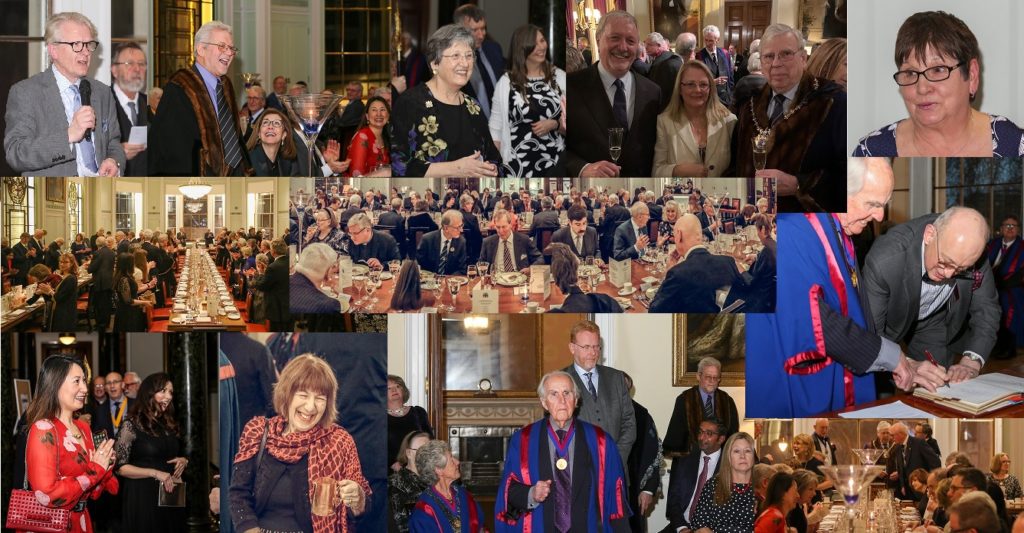