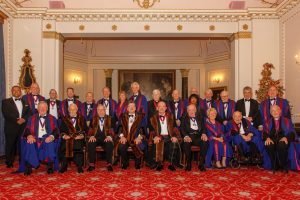 Following the installation of the Master the company and reception guests processed to the Dining Hall which was filled to capacity with over 140 attending. The seasonal decorations put us in the Christmas mood. The tables were enhanced by tall glass candle holders. As we took our seats we sensed we were in for a very special evening. 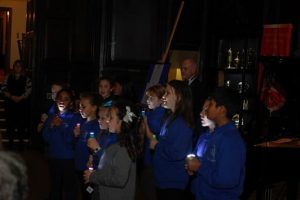 Once seated, the buzz of conversation was hushed as the lights flickered and dimmed, breaths were held while we wondered what surprise was in store. The piano began softly playing Silent Night followed by the beautiful sound of choristers from Vittoria Primary School, Islington (beneficiaries of the WCGS Charity Fund). Their beaming faces were lit by torchlight as they sang a selection of carols for us. The backdrop of decorated Christmas trees and the soft lights were magical, there were not many dry eyes! A wonderful end to the year and a memorable start to new Master Leigh Baildham’s term.

A delicious Christmas themed four course menu was served. The hall was a constant hum of conversation and laughter. Many of the guests were welcomed by Colonel Bill Chesshyre. The throng were all impressed with the inspiring and enthusiastic response by Tom Holloway, a teacher from Hillcroft School, Caterham, who eloquently expressed the benefits of the support received from The Worshipful Company of Glass Sellers Charity Fund and how glass and science are intrinsically linked in education. 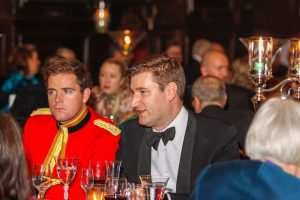 The relatively small donation for the purchase of the microscopes alone has reached over 1,500 pupils and many pupils have since put a microscope on their Christmas list! We were all encouraged to think of how the Charity can help and support so many.

It was a very special evening, and many would have liked it to go on longer. Thanks to the Acting Clerk Paul Wenham, Assistant Clerk Kerry Hamer-Nel and beadle Tony Parker and the rest the team for arranging a memorable evening. 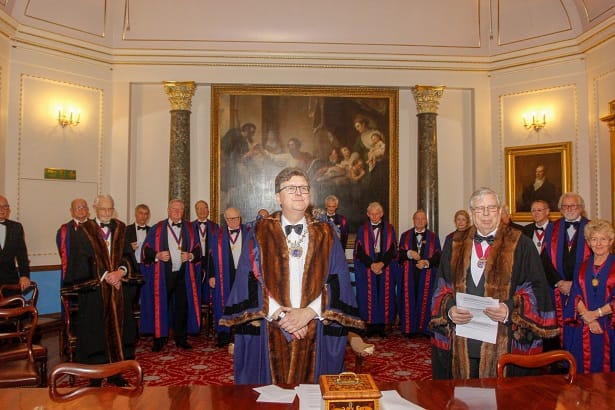