We can call it fortuosity that once again we managed to hold an event before the dreaded Corona Virus raised its head to the headlines once again. Tuesday 7th December was somewhat unwinter like, being mild and relatively dry. Members of the Court and Livery left their homes optimistic that some sort of normality had been restored and that the December Meeting – with the Installation of a new Master and Officers and a tinge of Christmas in the air would cheer us all.

We gathered at Grocers’ Hall tucked cosily behind office buildings on Princes’ Street with the Old Lady of Threadneedle Street (Bank of England) just across the road. That land originally being the Grocers’ orchard – so many years ago. 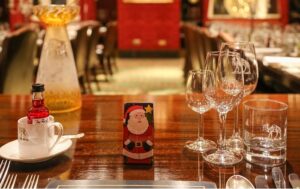 We were to welcome three new Freeman to the Company and to clothe a Freeman to Livery, they had only the day before received their Freedom of the City of London.

At Common Hall, Barbara Beadman was installed as the 277th Master, supported by Liveryman, Maria Chanmugam as Prime Warden, David Wilkinson as Renter Warden, Liveryman James Armitage became Masters’ Assistant, David Fordham joined as an Assistant to the Court and Mark Holford joined the Court as a Lay Assistant to help the Master with the United Nations International Year of Glass 2022.

The gathered throng including Freeman and Liverymen of the Company also included quite an audience. The Master Distiller, Master Glazier and Clerk, Glass Sellers Beethoven Piano Prize Winners – Will Bracken (2020) and Ke Ma (2021) Liveryman from British Glass, Glass Futures, Glass manufacturers from Nazeing Glass, O-I and several Glass Artisans including Honorary Freeman Alistair Malcolm and Freeman Vanessa Cutler as well as a host of other Industry leaders.

The Master paraded into ‘Come Follow the Band’ after a sparkling reception in the Piper Room and Guests were serenaded to their seats by Nicole Petrus Barracks accompanied by Glass Sellers, Beethoven Piano Prize winner 2020 to find boxes of chocolates with Elves and Father Christmas images. The Master welcomed all, the Clerk said Grace and Nicole sang once more wishing all, the season’s greetings. Dinner commenced with a hearty meal and accompanying wines. A Goat’s Cheese Starter, Pot Roasted Guinea Fowl, Toasted Brioche Croque Monsieur, and an Ice Cream Parfait.

So, to sung Grace and the passing of the Loving Cup (The Glass Sellers version with Damson Gin) Coffee and a glass of sparkling Rose, Cava.

The guests were welcomed by Prime Warden, Maria Chanmugam and the response made by guest speaker Lieutenant Colonel Mary Read PhD who proposed the toast to the Company and to the health of the Master.

Past Master, Col. Bill Chesshyre made his parting words as he became Immediate Past Master exclaiming what he described had been a difficult and complicated year coping with the pandemic and engaging with the members. Thanks, expressed to the Clerk and Assistant Clerk for all their support and especially to his Mistress, Bimala.

The Master rose and outlined with enthusiasm the plans for the coming year and the International Year of Glass 2022. She then called all to rise and to drink to Glass!

Retiring, the Company were invited to partake of a stirrup cup before wrapping and meandering out to the night air and wending their way home. Many remarked on the joviality of the evening and how joyous it had been to be out and together once more. What 2022 will bring – we will just have to hold our breath and wait and see. 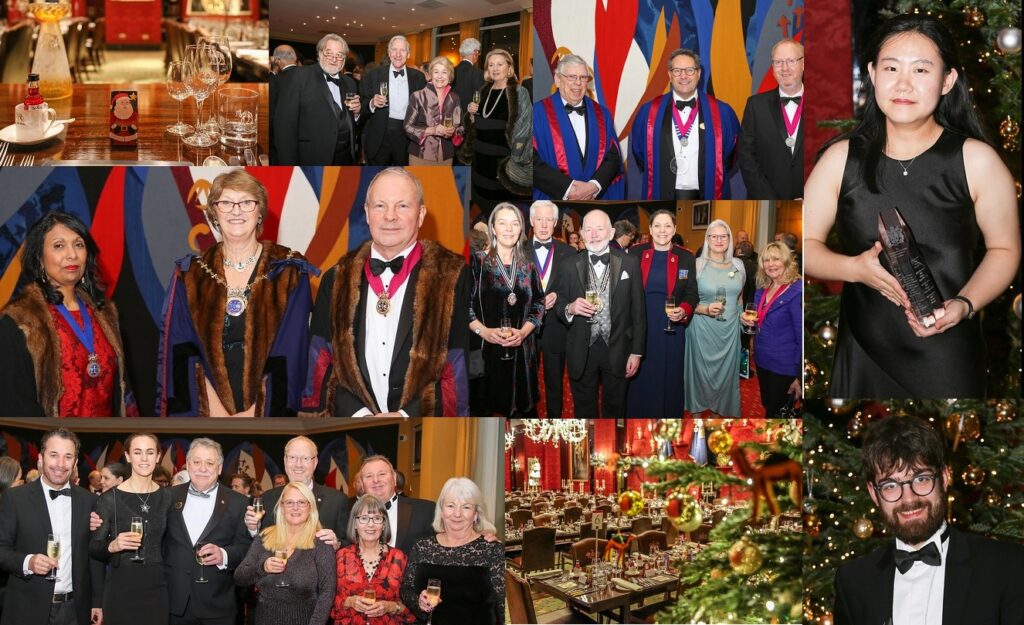