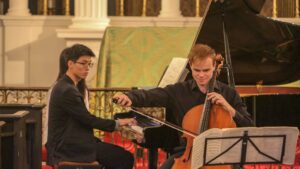 Ben was first introduced to the Company in October 2018 when he accompanied Beethoven Piano Prize Winner 2017, Joon Yoon at the Glass Sellers Concert held at the Grosvenor Chapel in Mayfair. He also joined Joon at the installation Dinner in December 2019. Like Joon, who won the Gold Medal 2018, he has been chosen to be one of the finalists of the prestigious Guildhall Gold Medal, which sadly given the present situation has been postponed.

So to more about Ben Tarlton

Born in 1995 in Wales, Ben studied with Sharon McKinley and Alexander Baillie before attending the Yehudi Menuhin School in 2011 to study with Thomas Carroll. In 2014, he received a scholarship to The Guildhall School of Music and Drama to study with Louise Hopkins. Whilst at The Guildhall School of Music and Drama, Ben has participated in numerous chamber projects in Milton Court and The Barbican Hall. He has also performed as part of The New Music Ensemble in a BBC ‘total immersion’ broadcast. In November 2016, he was one of two soloists to play for The LSO’s Donatella Flick conducting competition semi-finalists, with The Guildhall Symphony Orchestra.

Recently, he has been chosen to participate in a workshop playing with Janine Jansen the Mendelssohn octet. 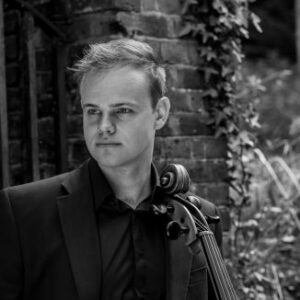 Naturally one can feel devastated that performances have all been cancelled as the passion and many hours of effort aren’t being showcased. However, I’m sure I don’t just speak for myself when I say that as musicians, we welcome quiet self-reflective isolation with open arms as it is the zone where evolution and development happen!

Like many others, I’ve retreated to my parents’ home located along the coast of South Wales and today was actually supposed to be our second concert of The Llantwit Major Chamber Music Festival, which I am Artistic Director of.

Despite the inactivity of concerts, I’ve had the opportunity to spend time making some recordings in my DIY studio (not as fancy as it sounds) and plenty of time to study and listen to music I’m less familiar with.

I’ve managed to give a lesson over zoom (quite successfully) and hopefully more will follow.

It’s difficult to suddenly change course of action but I’m enjoying the process of thinking long term again and now planning my lifestyle over the coming weeks/months to see what’s possible to accomplish. 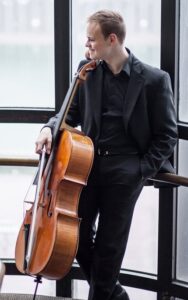