The destination was Wertheim, Germany in early June. Wertheim being the centre of Glass Making in Germany and part of the medieval area known as the Romantische Strasse. 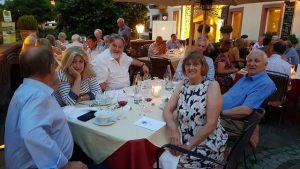 The group were based in the Hotel Schwan, Wertheim in the heart of the Franconian wine country at the old city gate of this picturesque town. The jolly of course started with a welcoming First Night Dinner

A walking Tour of Wertheim, followed by a demonstration of Glass Blowing and we saw  extensive exhibits in the GlasMuseum, as well as drinking from a 6 litre Rummer. 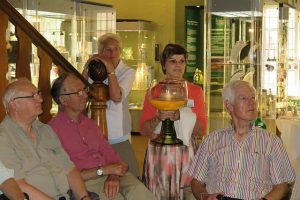 A Boat Trip on the Main was enlivened by a Swiss touring band that played traditional songs for us – hence the dancing. The afternoon saw a visit to the Kloster at Bronnbach and The Fraunhofer Institut over the road, and  which specialises in ceramics. Of course no Jolly would be complete without a trip to a Winery and this was to be enjoyed by visiting a Winery at Kreuz Wertheim and which included a lesson in Pretzel making.,

The Residenz in Wurzburg is a World Heritage site in yet another medieval city. We had dinner at Landgasthof Franz also in KreuzWertheim that night 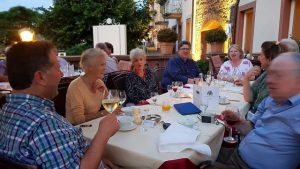 The weekend was concluded with a Last Night Supper 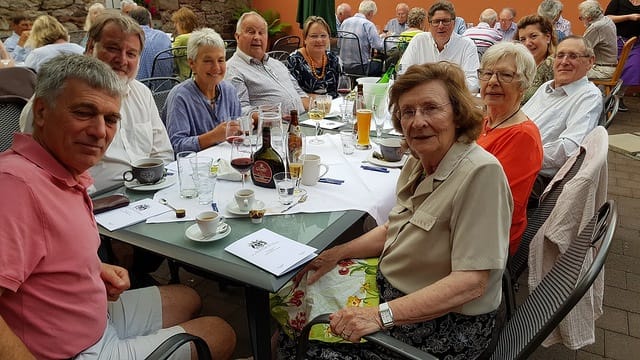