Honorary Freeman Allister Malcolm has had quite a year of media exposure. An appearance on  Home Is Where the Art Is on BBC series 2 Episode 6. Broadcast on BBC 2 Thursday 13th August presented by Nick Knowles and can be seen on Catchup. 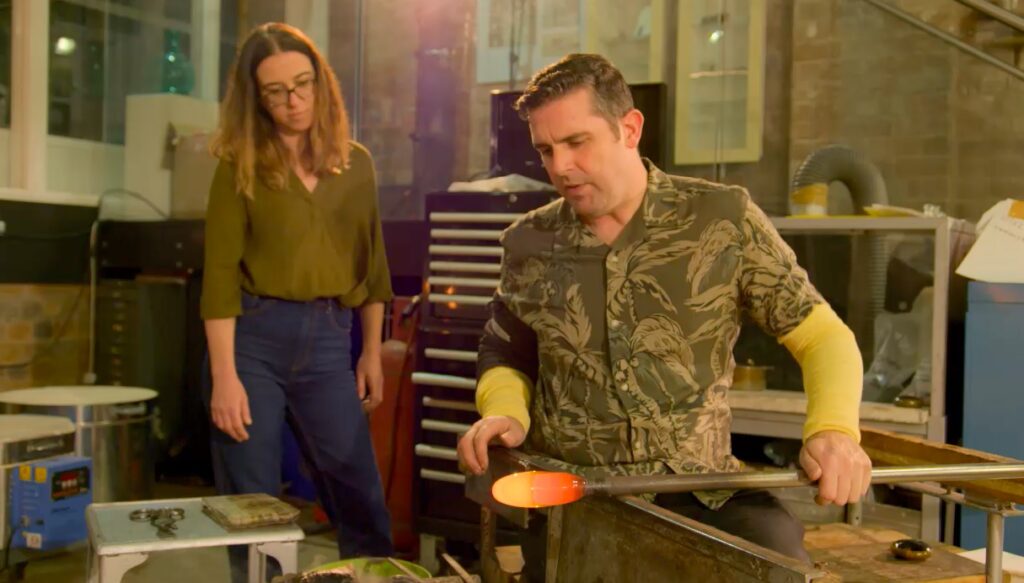 In the series they are set the challenge of creating glass to fit certain objects. These items arrive in the studio after some restoration – as initially they were barely holding themselves together.
They then create the glass as the finishing touch to restore them back to their former glory. As always they are up for a challenge and it was another amazing experience and one that should prove very interesting.
It is due to be on 3 episodes –  the Discovery channel QUEST.
Below is a list of the episodes worked on, and the dates that they will broadcast.
26 Aug – Episode 9
9 Sep – Episode 11
23 Sep – Episode 13

The Adventures of a Whitefriars Amber Glass Duck