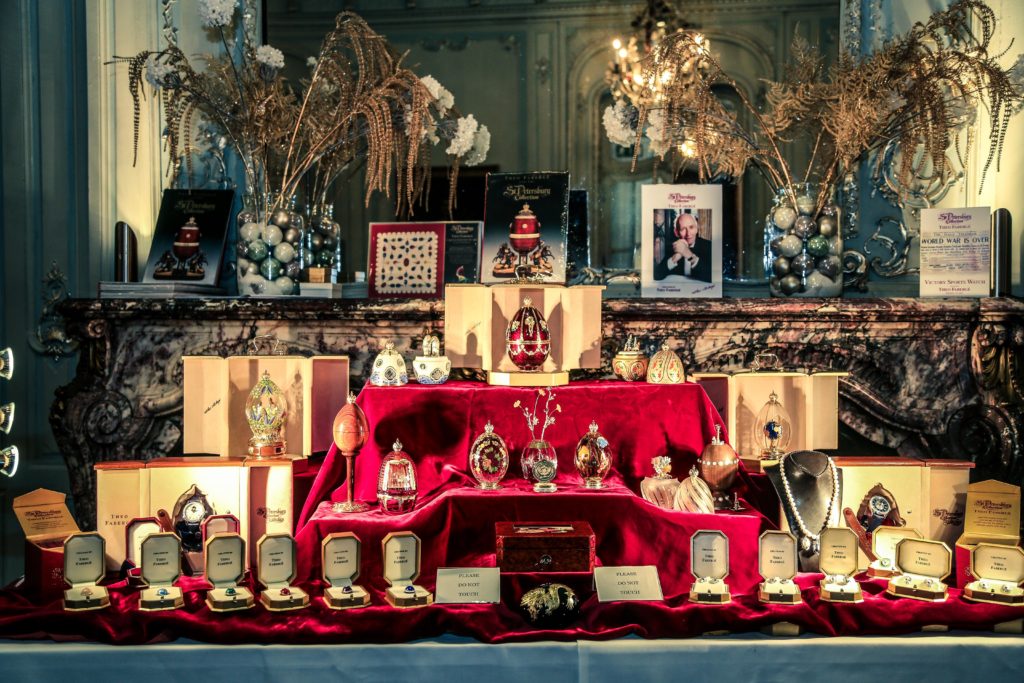 It seems only a few weeks ago now when members and friends gathered in Mayfair at the famous Savile Club. Time passes so quickly and suddenly we are reminded it was a dark and rather dismal evening in late November. Late enough to be dazzled by the twinkling lights and decorations of the Christmas Season. The Savile Club’s grandeur hardly needs any embellishments. Though the Club has a rather country house homely feel. Climbing up the grand staircase to the ballroom always adds an air of a rather stately occasion.

We were not disappointed. Gathering for a fine dinner and a presentation by the   St. Petersburg Collection by Theo Faberge. The collection displayed and glistening under the spotlights in front of the ornate fireplace and the huge mirror that dominated the room. Tables laid and candles burning, we were greeted by glasses bubbling with sparkling cider, vodka and ginger wine. The event marked the last fund-raising event in the calendar of now Past Master Leigh Baildham before he handed over the gauntlet to now Master, Richard Katz. A Raffle and auction were also part of the entertainment for the evening. 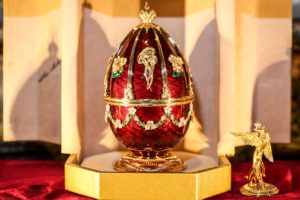 We were called to take our seats for dinner. Our Dinner started with pressed Smoked Salmon and Anchovy Terrine, confit heritage tomatoes, melba toast and tendril pea shoots served with Tokara Reserve Collection Sauvignon, South Africa. Followed by Petit Fillet of Beef Bourguignonne served with truffle pommes mousseline and a pluche of baby vegetables complimented nicely with a Joao M Barbosa Lapa Dos Gaivoes 2014, Portugal. Onwards to the next course. A chef’s selection of cheeses accompanied by Fabiano Storica Amarone 2016, Italy. All taken at a steady pace. The final course of a Cinnamon Spiced Plum Tatin and Calvados Chantilly complimented with a Stanton and Killeen Rutherglen Topaque, honey like dessert wine.

Our fare was politely interrupted by our key host, Philip Birkenstein and his sister Frankie who delivered the history and story of the St Petersburg Collection by Theo Faberge. The first presentation highlighted the journey that had taken place arriving to where it is today. The display looking magnificent behind them was later to reveal the incredible and intricate work inside the pieces. Each piece was opened in the second part of the presentation. The room was spellbound as each piece was opened, the inside revealed and described. 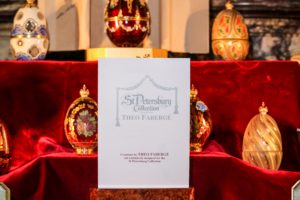 The evening moved on to its’ main purpose that of raising funds for the Charity Fund. Each table had its’ own raffle and the tickets were duly drawn. Mystery prizes wrapped in brown paper were chosen. Then an auction – two Faberge Egg pendants, and embroidered Christmas tree decoration encrusted with amethysts, an overnight stay with dinner at Hotel du Vin in Stratford upon Avon, a case of wine brought our fund collection to four thousand. A member said why not make it 5K. The challenge – if we could get another £500, they would match fund it. Each table contributed the £500.00 and the deal was struck.

A delighted Master and Trustee of the Charity Fund closed a splendid evening with a ‘feel good’ factor all round. Satisfied the gathered throng donned their winter clothes to brace themselves for the dark and dismal outside and their journeys home. Christmas was now closely on the horizon and all is now a memory. 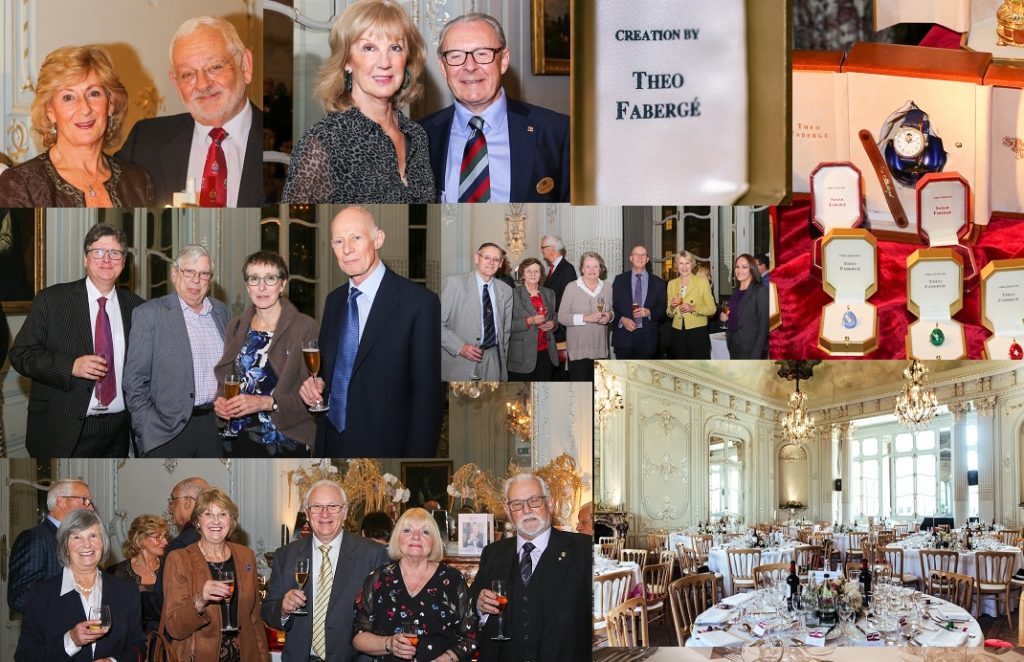