The highlight of the Glass Sellers social calendar took place on Friday the 1st November at The Mansion House in the presence of the Lord Mayor of London The Rt Hon Peter Estlin and the Lady Mayoress and was attended by some 200 members of the Livery and their guests. 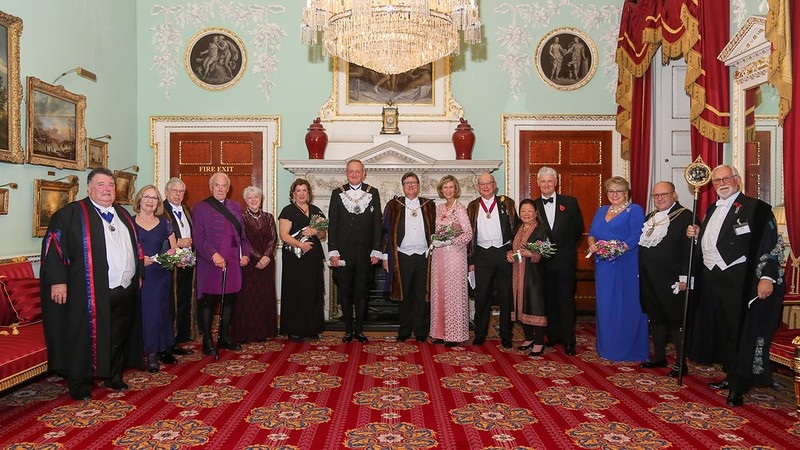 The entrance to the sparkling wine reception was lined by a stair guard provided by the City of London North East Sector Army Cadet Force and Music throughout the evening was provided by the Royal Marines Association Band.  Volunteers from the RNLI were also present to highlight their recent Glass Sellers Science & Technology Award.  John McCallion and Holly Phillips were also in attendance to collect the Award. 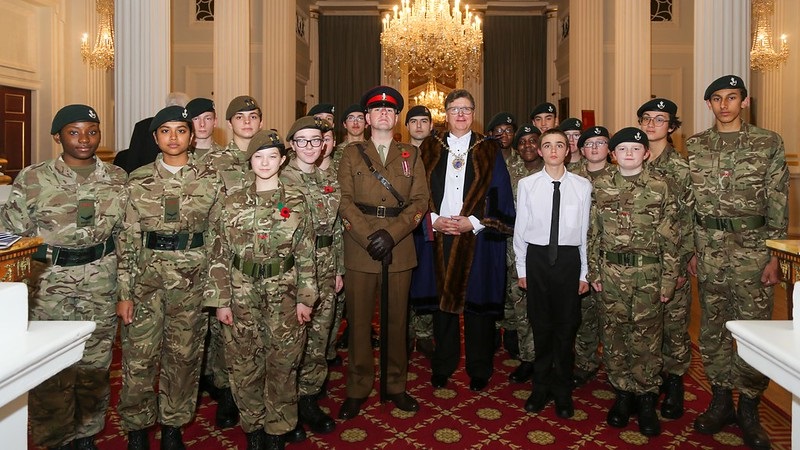 An excellent four course dinner with superb matched wines chosen by the Clerk, Paul Wenham, was held in the impressive surroundings of the Egyptian Hall with Corinthian Columns, marble statues and stained glass from the mid-19th Century and a spectacular gilded ceiling. Dinner concluded with all participating in the passing of the Loving Cup, always an interesting and amusing experience for those unfamiliar with the workings of this long-held tradition.

Following the formal toasts, the toast to the Lord Mayor, the City of London Corporation and the Sheriffs was given by the Master Leigh Baildham. In his response the Lord Mayor explained that this was one of the last events he would attend before his successor took office the following week and that whilst he like the Prime Minister had requested an extension from Donald Tusk, his request had not been granted! 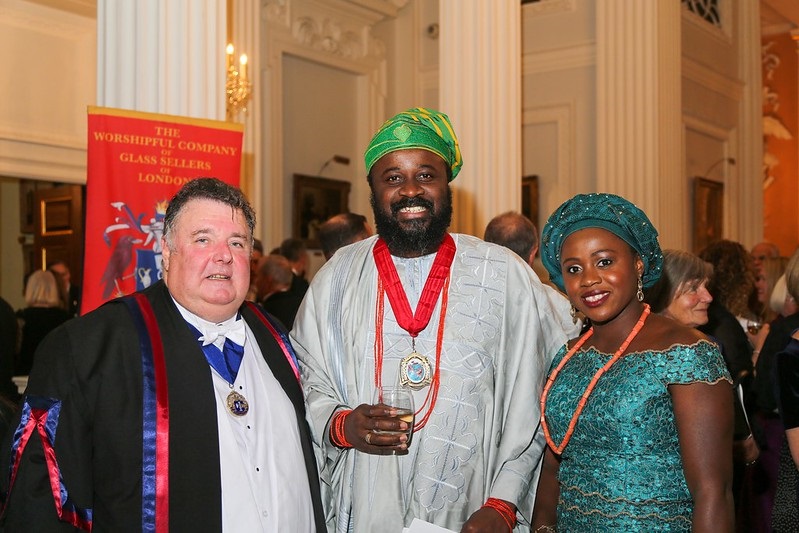 The Master then made presentations to those Winners of Annual Prizes sponsored by the Company Firstly the Arts and Crafts Biennale Winner 2019 was Ian Chadwick and Runner Up Bruno Romanelli. This year’s Student Prize went to Calum Dawes and Runner Up was Emma Goring. The Science and Technology Award was awarded to the RNLI for their development and research on their fleets hull structure to enable faster speeds and safety. The Award was collected by Holly Phillips and John McCallion

Guests were the treated to a remarkable musical display with the comedy version of the Post Horn Gallop. Delivered in its entirety by a member of the Royal Marines Band without apparently drawing breath by using a technique known as circular breathing

The toast to the Guests was given by the Renter Warden and soon to be Master Richard Katz who welcomed many distinguished guests including the Chamberlain Murray Craig, Sheriff Chris and Mrs Hayward and several Masters of other Livery Companies including the Glovers, Distillers, Paviour’s, Marketor’s and Guild of Young Freeman. Master Actuary, Fiona Morrison, Fiona is the 150th woman to be Master of a City Livery Company – very fitting for an actuary. 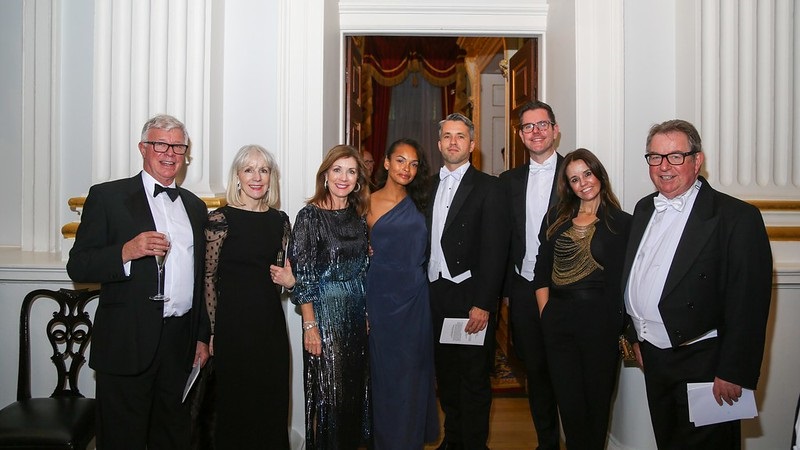 The response and toast to the company was given by Janet Wynne Evans, (RESPONSE TO THE TOAST) who historically has been the Wine Society’s Fine Wine Editor and pointed out history of wine drinking vessels from goatskin through early glass to modern day Riedel glass designed to enhance the flavour of individual wine varieties.

The Master gave and entertaining speech in response reviewing his year in office and his aim during the year to ensure the Company had remained Responsible, Radical and Relevant. He presented a gift of Tudor Crystal to the Lord Mayor and warmly thanked the Clerk, Paul Wenham on the first anniversary of his appointment as Clerk for all his hard work in managing the Company. He finished by proposing the toast to glass.