Joon Yoon who won the Glass Sellers Beethoven Piano Prize in September 2017 was chosen to be one of three finalists to compete for the coveted 103rd Guildhall Gold Medal for 2018. The Gold Medal, the Guildhall School’s premier award for musicians, was founded and endowed in 1915 by Sir H. Dixon Kimber Bt.M.A.

The concert was attended by The Master, John Poulten and his Mistress, Prime Warden and Charity Trustee, Leigh Baildham, Charity Trustee Chairman, Professor John Whiteman and other members of The Livery. 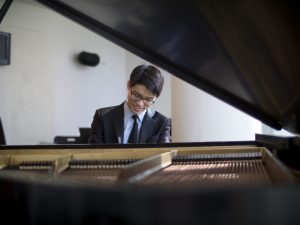 Joon played Johannes Brahms, Piano Concerto No 1 in D minor,Op15. Jury Chairman, Jonathan Vaughan announced the winner exclaiming that it had been a unanimous decision to make the Award to Joon

Joon Yoon made his solo recital debut in Korea at the age of 12 and his concerto debut in the U.S a year later. He is an avid solo and chamber musician and performs a wide range of repertoire from Bach to Brahms to Carter. Joon gained his Bachelor and Masters of Music at the Juilliard School and the Yale School of Music with full tuition scholarships. His teachers there included Yong Hi Moon, Robert McDonald, Melvin Chen and Hung-Kuan Chen, and are his greatest musical influences. He is currently studying with Ronan O’Hara on the Artist Diploma course at the Guildhall School, where he is supported by the Eduard and Marianna Loeser Award.

Joon has performed and competed in numerous concerts around the world. He is an avid cook and film lover.

Joon is also working with Liveryman and Charity Trustee, Paul Wenham to present a Charity Fund Raising Concert for The Company’s Charity Fund on 10th October 2018 that will take place at The Grosvenor Chapel, South Audley Street, Mayfair. 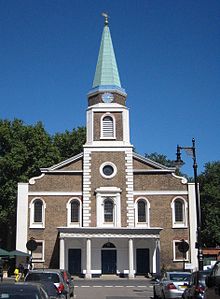 The Master and Company would express a “Hearty Congratulations” to Joon for a magnificent performance and well-deserved reward.