History Restored for the future – The Masters’ Chair

The Masters’ Chair of the Glass Sellers of London Livery Company

The Master’s Chair, Presented by Master Robert Croshaw in 1704, is a George 1st walnut and giltwood armchair, with a high upholstered back and upholstered arms and seat.   At the head of the back is a pierced arched giltwood crest carved with shells, acanthus leaves and scrolls around a shield carved with the Glass Sellers’ arms, the mirror inset with a later plate and “MP”, continuing to shaped padded arms on shaped supports, the stuffed over seat is supported by shell carved cabriole legs joined by a turned “H” shaped  stretcher, which was restored  Circa 1715.   Master A. L. Howard had the chair repaired in 1943 and although the original Walnut was fine, some other parts had to be replaced with Burmese Pyinkado wood (Xylia dolobriformis) ‘which should last for many years.

The chair originally had a cane seat and a bolster cushion, but in 1859 it was re- upholstered in embossed leather with a padded seat, and then in 1925, embossed velvet.   The 1943 work was carried out in a plain silk velvet in a dark red with gilt studs surrounding all the upholstered parts.    The current upholstery is in dark red silk velvet (DauphineF034405 Red Imperial Mahogany) with a gold silk braid gimp (Royal Gold 410) surrounding the upholstery.   Braid was chosen because the condition of the wood was deemed to be too delicate to take any further nail holes.   The upholstery has been carried out with staples which will do less damage but will hold all the fabric firmly; the braid has been sewn in place.   The chair has been provided with a dust cover to prevent scuffing when the chair is being stored and moved.    There is a spare roll of material, which may be necessary in the future to re-cover the arms.   On the underneath of the seat is a bag containing samples of the previous upholstery and this is secured with Velcro to facilitate removal and to keep it secure, for future reference.

In December 2018 Past Master Philip Feather was given the Honorary Freedom of the Livery.  To mark the occasion, he offered to restore the Master’s Chair as a gift to the Company.    The Court happily agreed to this generous suggestion, and the following September 2019, the Chair was collected from the Stationers Company by CJA Upholstery of Nazeing, Essex and duly returned completed by the end of the month. 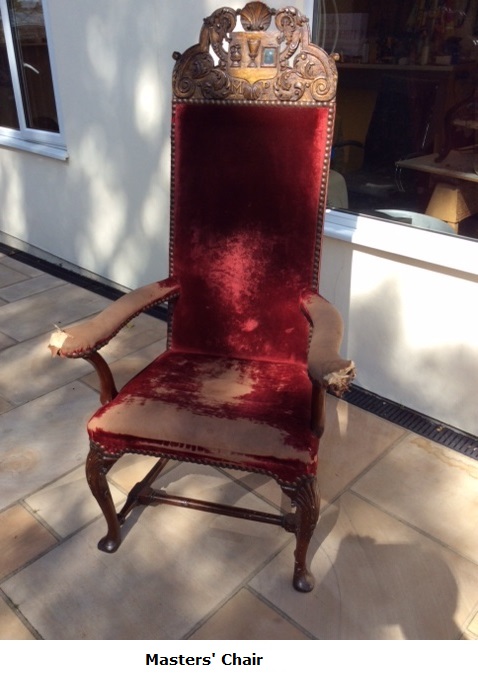 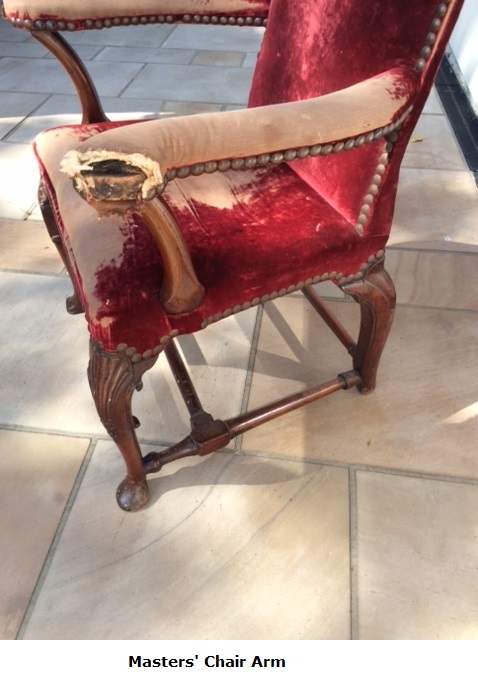 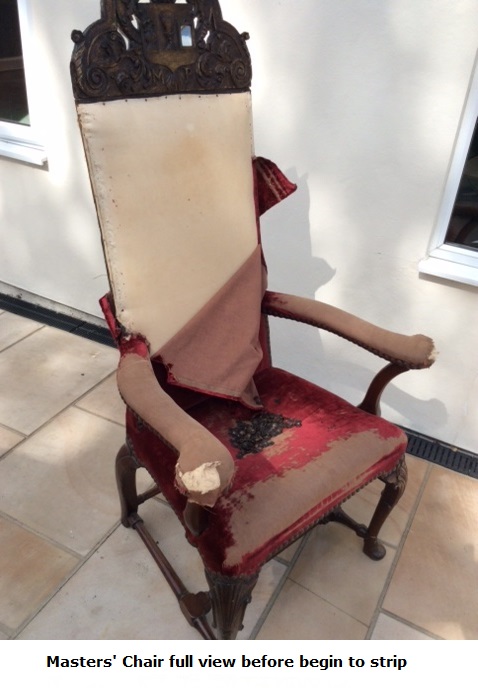 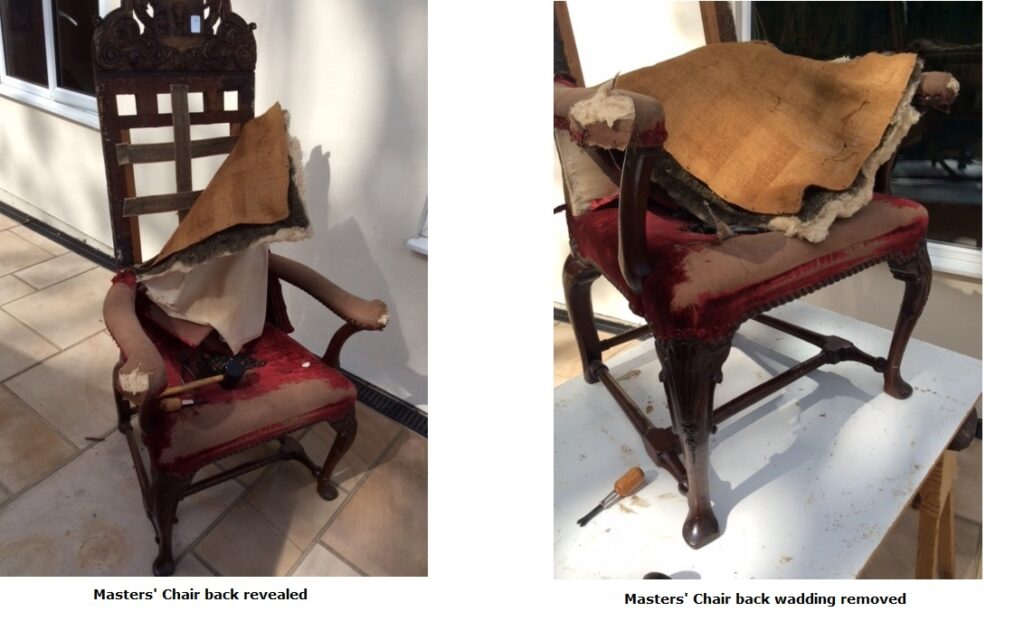 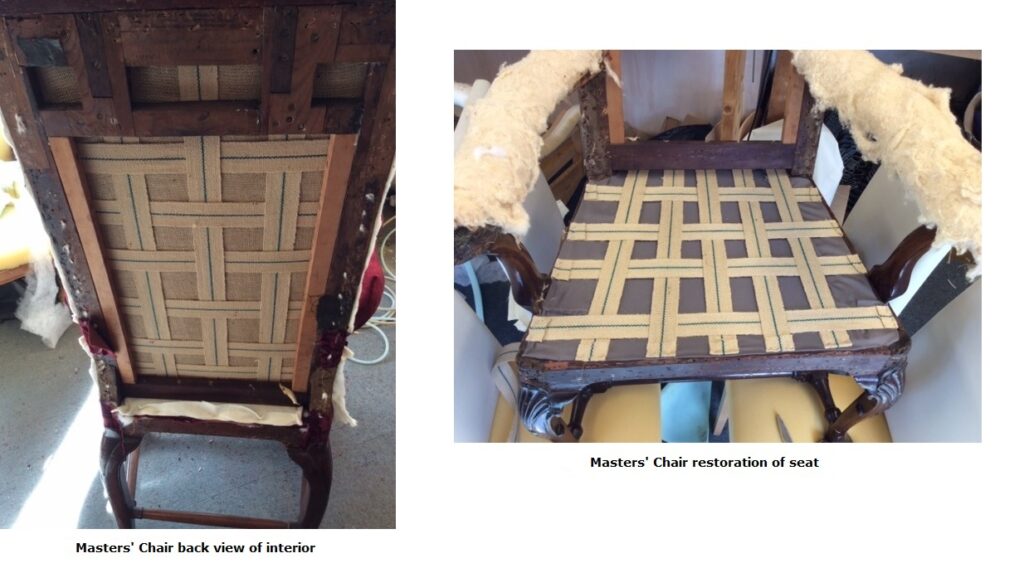 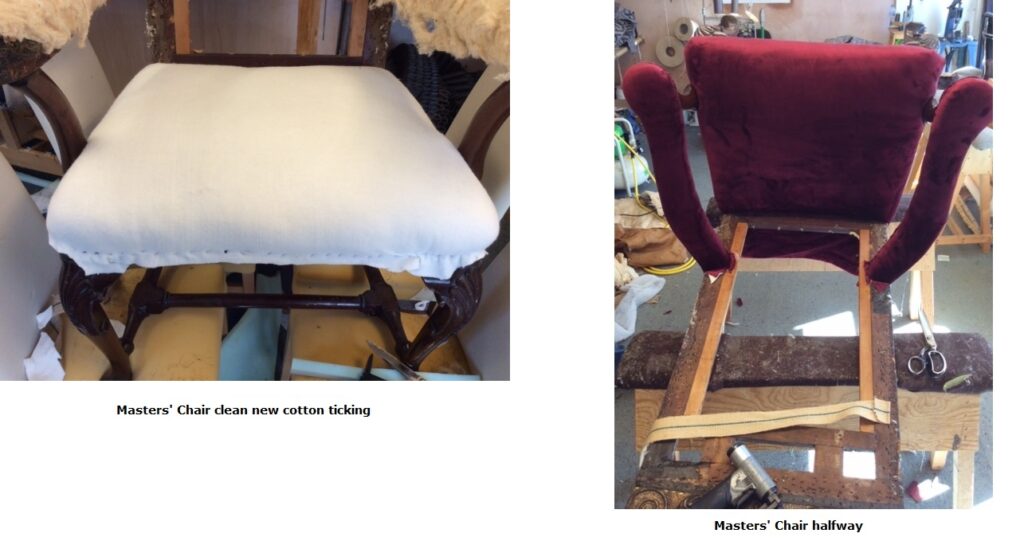 The Masters’ Chair fully restored and back in Stationers Hall 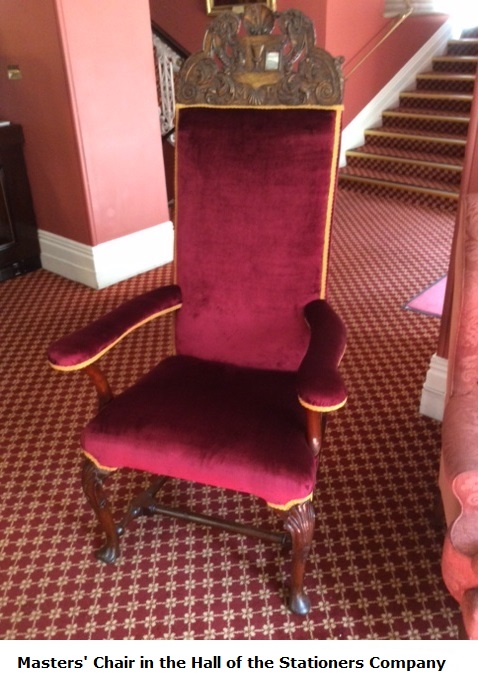